Explore the History of the Fortress from its origins in the 3rd century to the present day.

Occupied since Gallo-Roman times, the site entered history during the High Middle Ages. A chapel, certainly dedicated to the cult of Saint Mondane, martyred in 722 by the Saracens at the foot of the hill, was founded on the very site of the future fortress.
IIIe – VIIIethe origins of the site 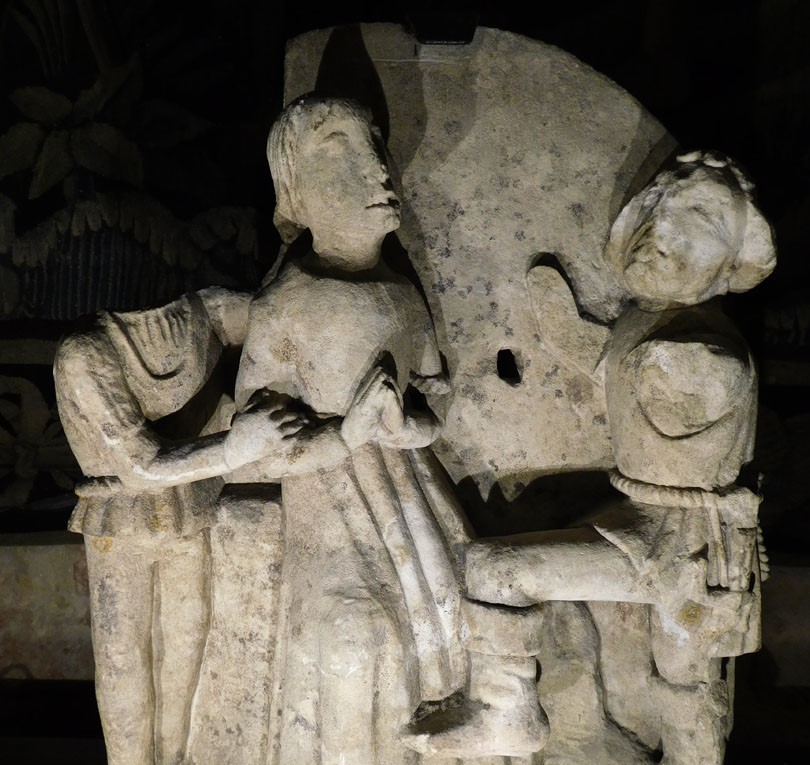 At the turn of the year 1000, the Fénelons, vassals of the Viscounts of Turenne, founded a seigniory and built a first castrum on the site. Over the centuries, the primitive building will gradually give way to a real fortress.
XIeFirst castrum and appearance of the seigneury of Fénelon

After the crusade led by Simon de Montfort, the fortress is known in the region to be the last refuge of Cathars fleeing persecution. In 1241, Amalvin, lord of Fénelon, was condemned by the tribunal of the Inquisition. The fortress was then completely dismantled.
1241the last cathar lair 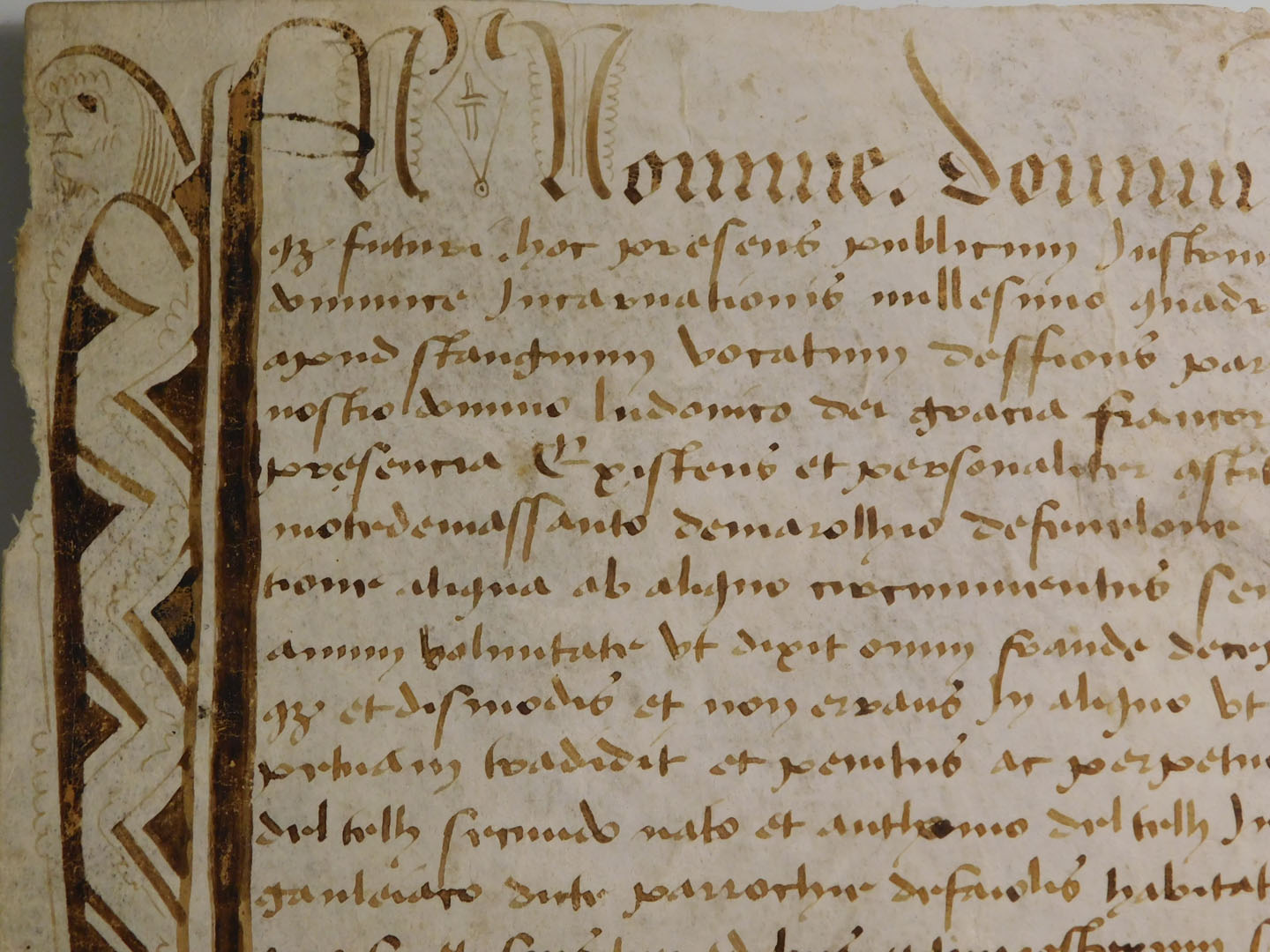 In 1337 the Hundred Years War began. Bertrucat d'Albret, mercenary in the pay of the English, seized the fortress in 1356 and from Fénelon led numerous raids on Quercy.
1356Bertrucat d’Albret 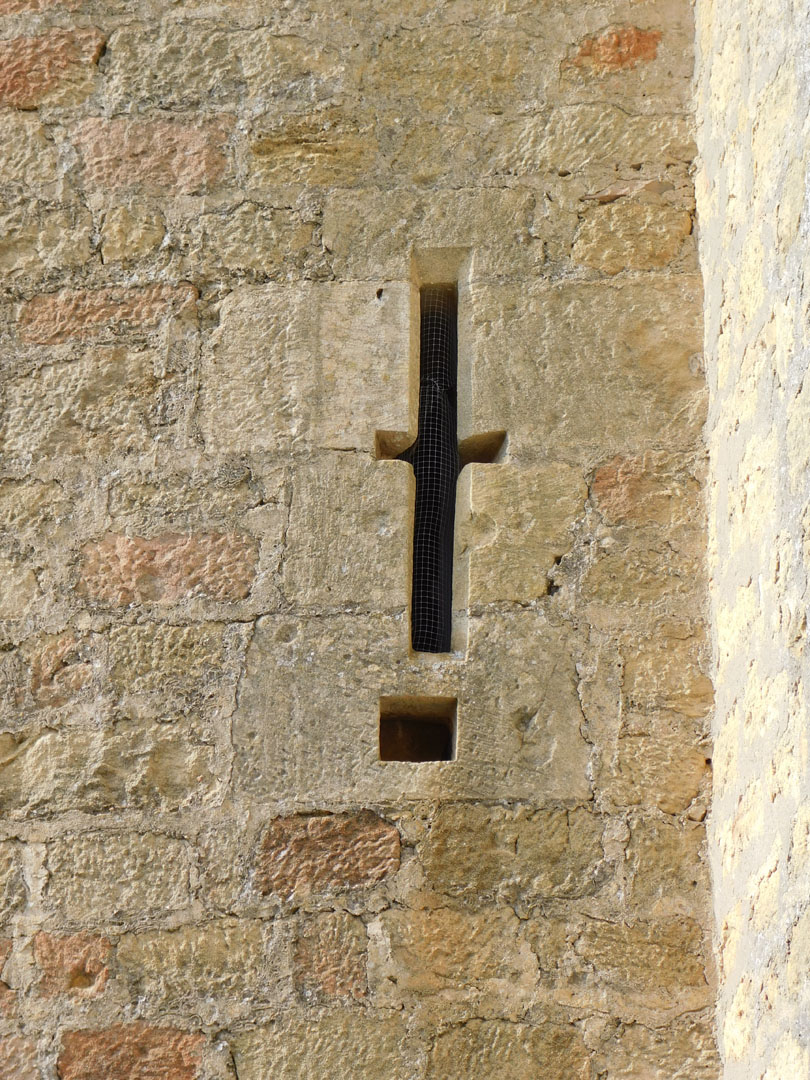 The Treaty of Brétigny consecrates English suzerainty in Aquitaine. Mercenaries must submit to the authority of the Black Prince. Bertrucat is ordered to hand over the keys of the castle to the English army. The ceremony is held in Gourdon en Quercy.
1360English fortress 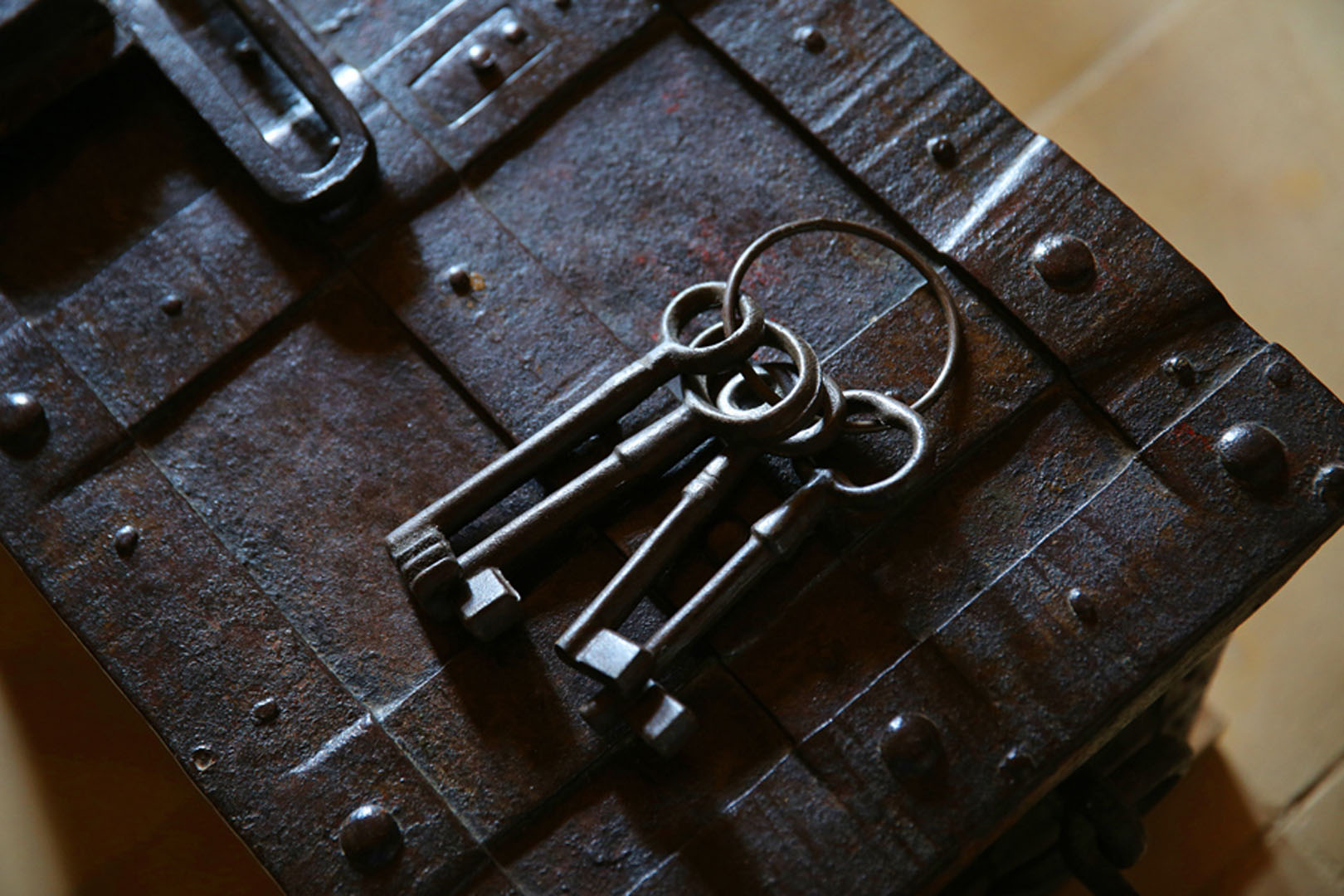 The war resumed in 1369. The castle was taken for the first time, in 1375, by the French, but the garrison, too weak, was defeated by the English. On June 23, the final assault was led by the army of the Duke of Anjou, the king's brother. The fortress was then entrusted to the custody of Jean de Messai.
1375The royal host besieges the castle 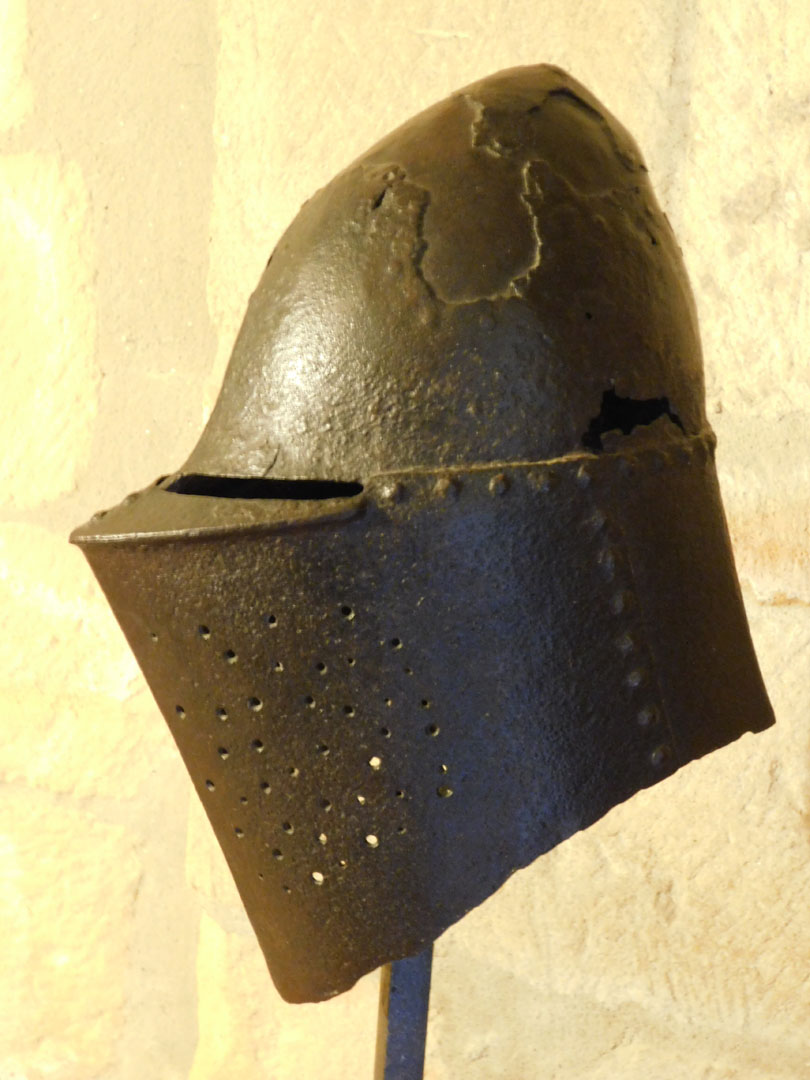 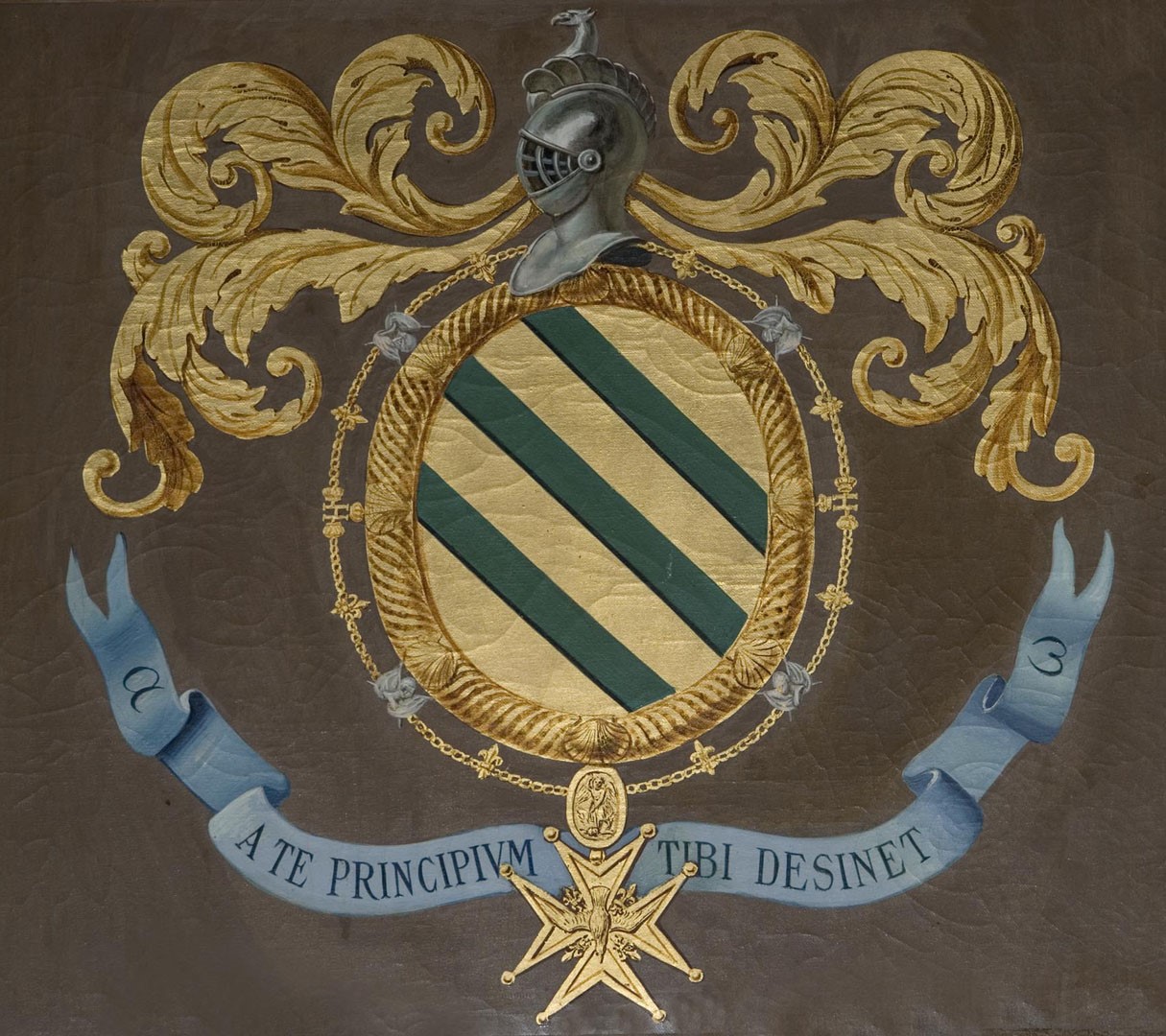 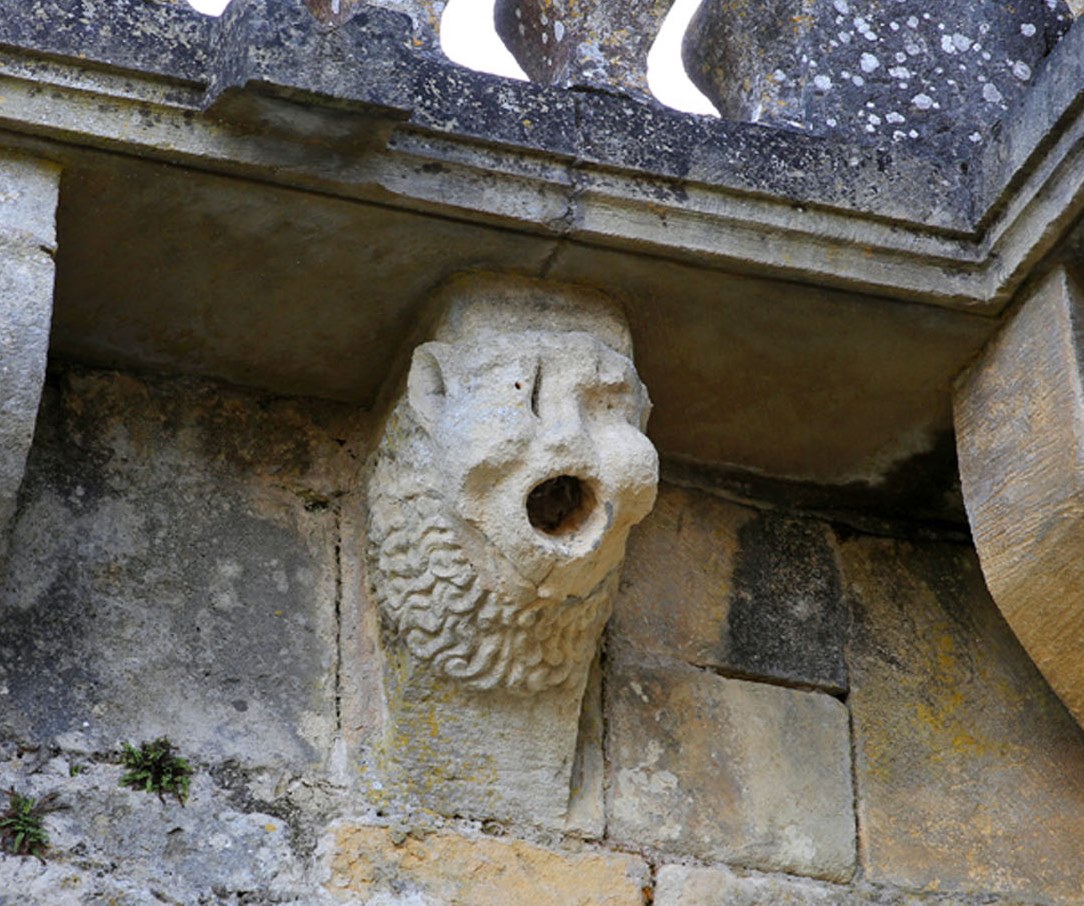 In 1562 the Wars of Religion began. That same year, the troops of the Protestant captain Bessonie ravaged the region around Fénelon and unsuccessfully attacked the castle.
1562Attack of the castle by the Protestants 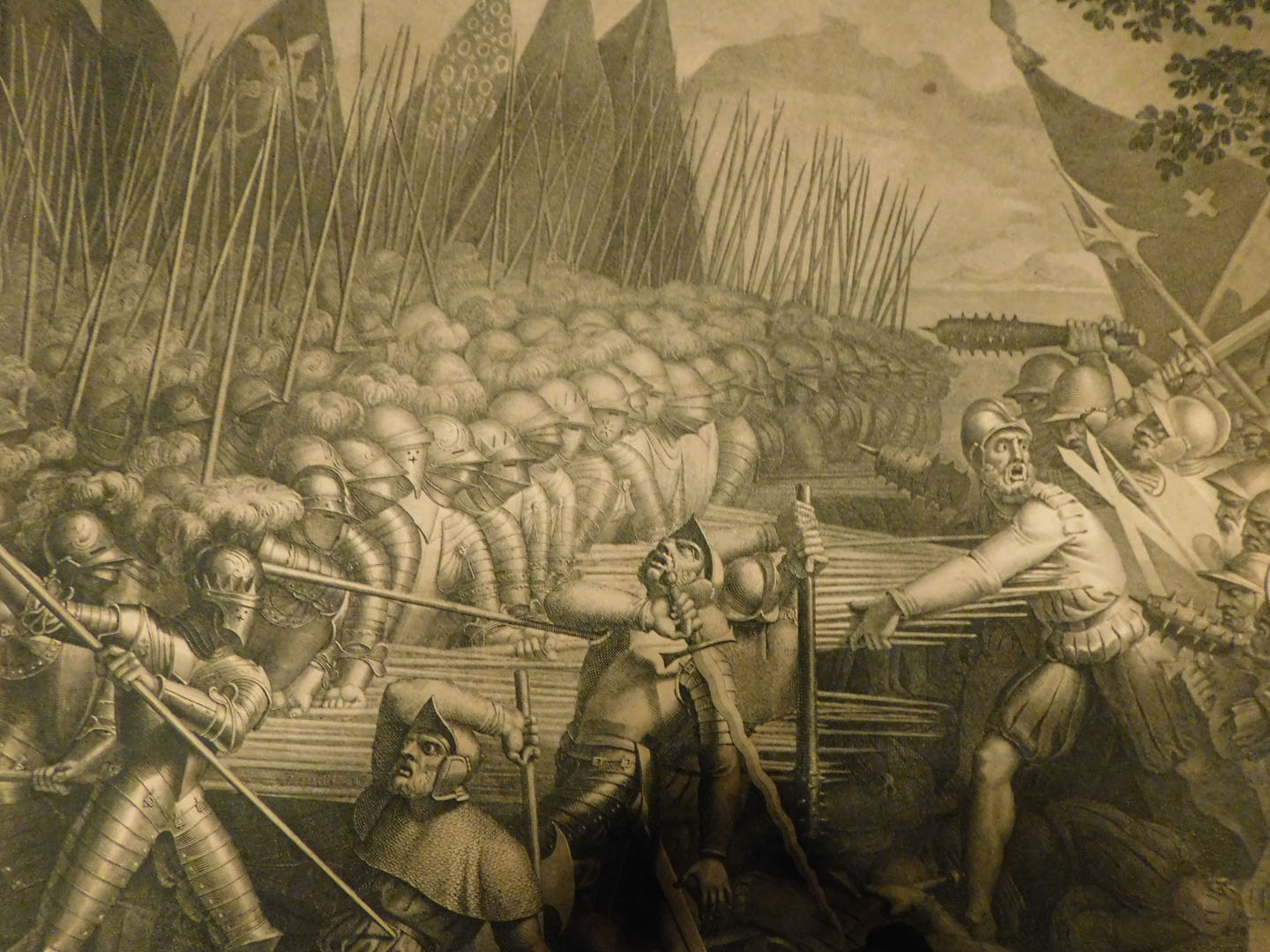 Under the action of Bertrand de Salignac de La Mothe-Fénelon, close adviser and ambassador of King Henry III, the castle was provided with new fortifications and played an important role in the defense of royal authority.
1577-1598a royal and catholic stronghold 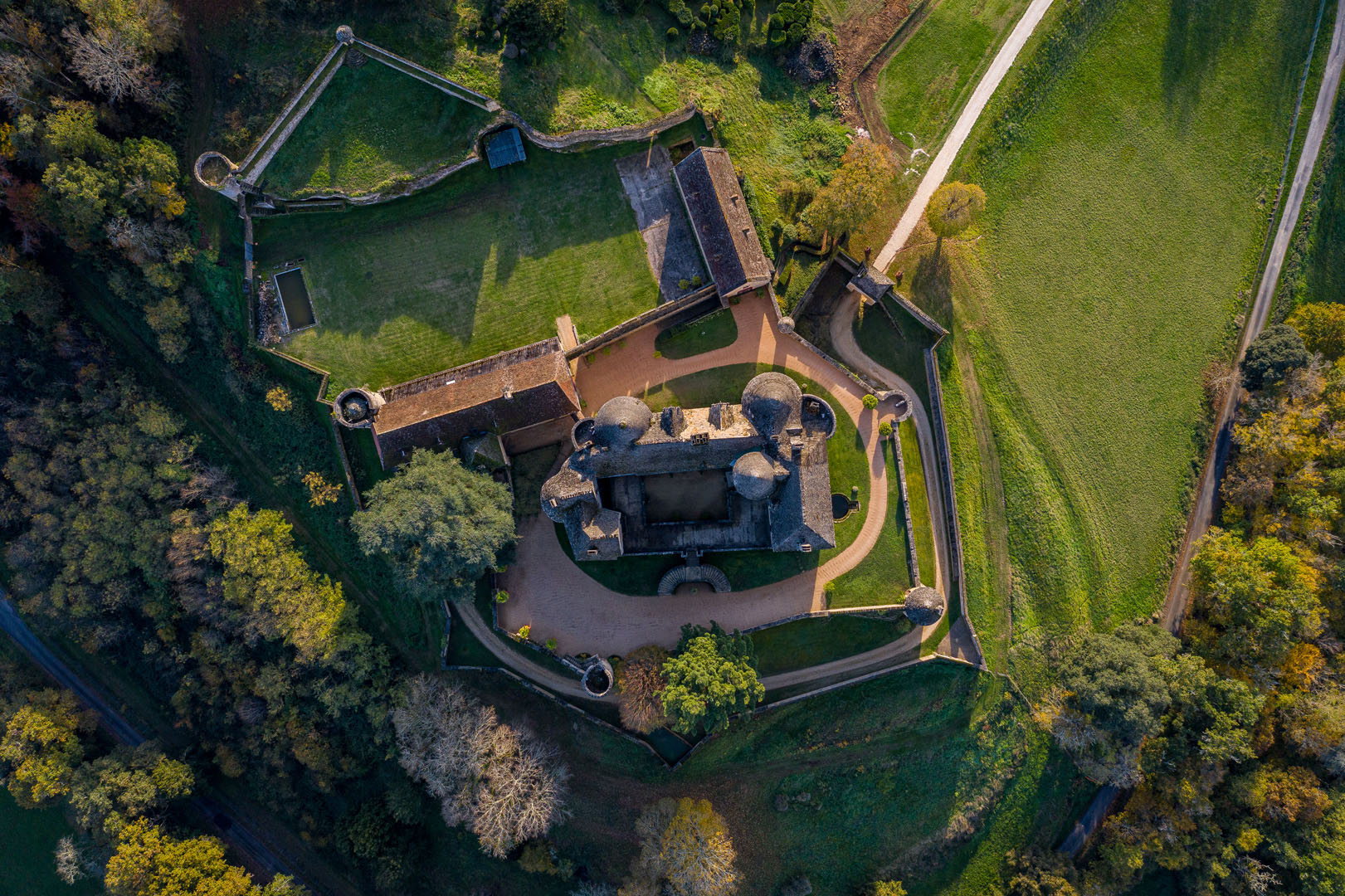 On August 6, 1651, François de Salignac de La Mothe-Fénelon, the most illustrious member of the family and one of the greatest writers of the time of the Sun King, considered the precursor of the philosophers of the Enlightenment, was born at the castle.
1651birth of Fenelon 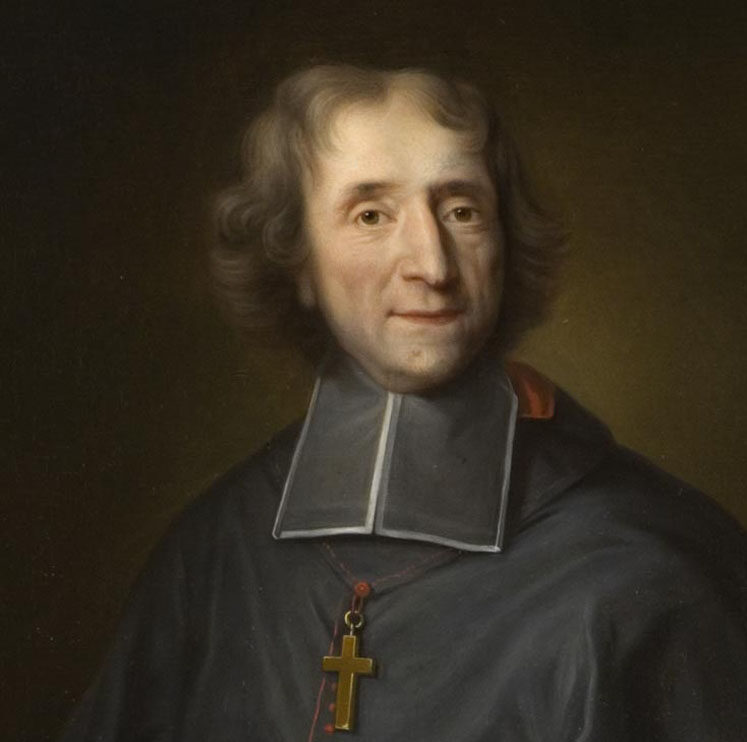 The kingdom of France is struck by the troubles of the Fronde. On the orders of Louis XIV, the castle, deemed to be of strategic importance, received a regiment of men-at-arms to defend Sarladais against the troops of the Prince of Condé.
1653the castle at the forefront of the defense of Sarlat 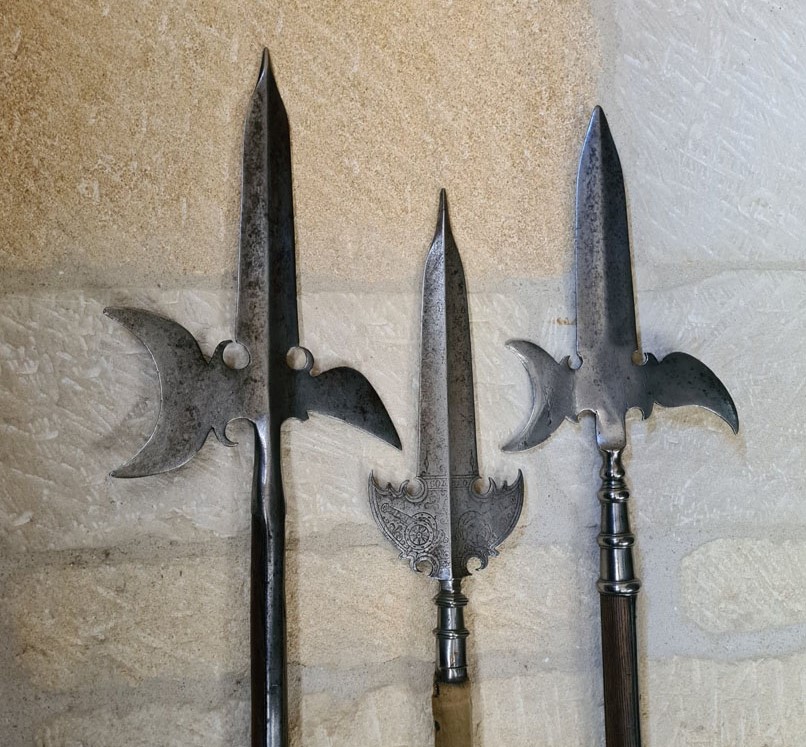 Gabriel-Jacques inherited the castle in 1721. Friend of Voltaire and great-nephew of the writer Fénelon, he greatly contributed to the dissemination of Fénelonian ideas and the posthumous glory of their author. Ambassador of King Louis XV, lieutenant-general of the royal armies, governor of Quesnoy, he had a brilliant career that often kept him away from Périgord. He died at the Battle of Raucoux in 17
1721Gabriel-Jacques de Salignac de La Mothe-Fénelon 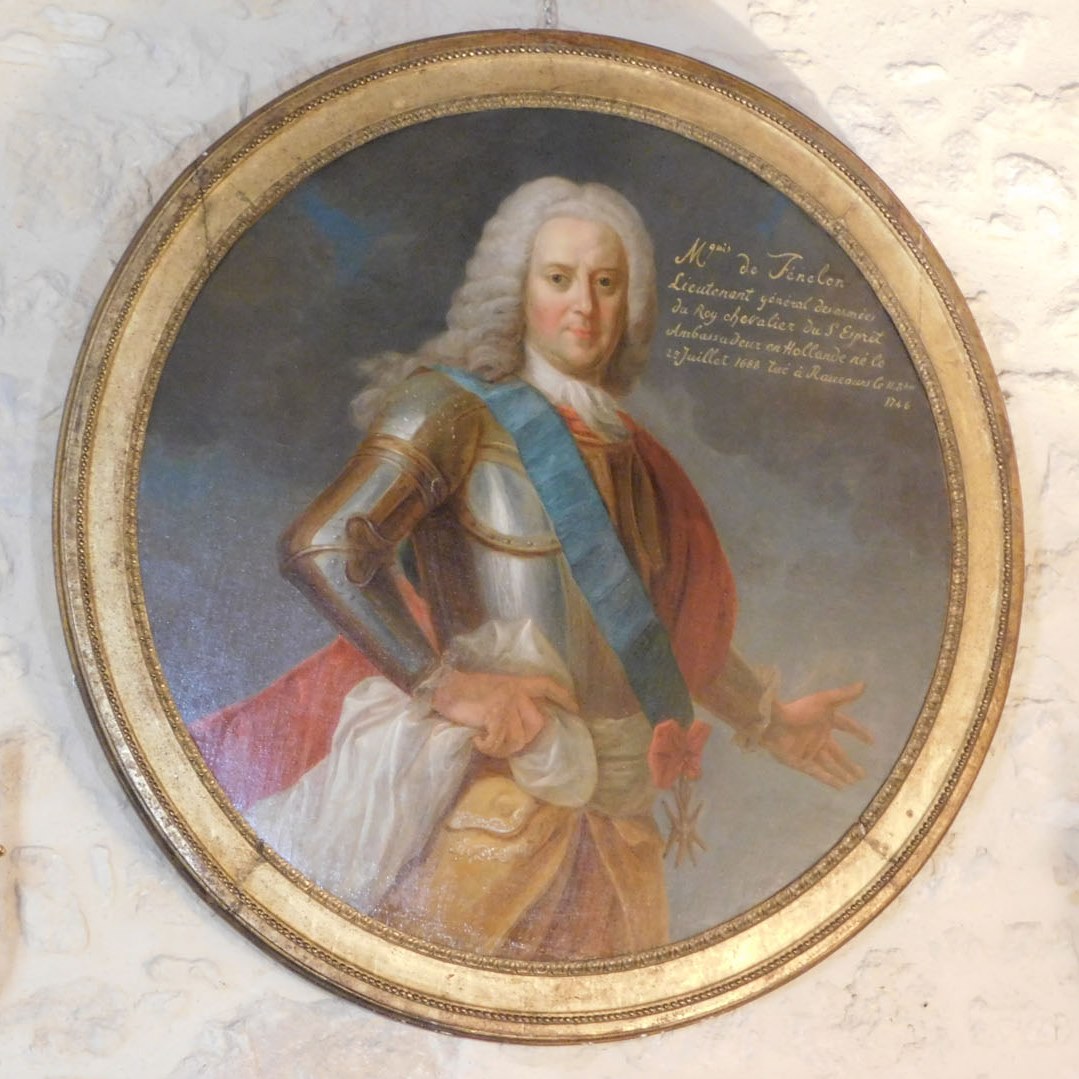 The Salignacs of La Mothe-Fénelon rarely lived there in the 18th century. General farmer Jean-Baptiste de Bouilhac bought the castle in 1780 and set up a silkworm farm within its walls. Seized by the Convention, the monument was unoccupied during the Revolution. In 1815, the property was finally sold to the former estate manager and converted into a farm.
1780gradual abandonment 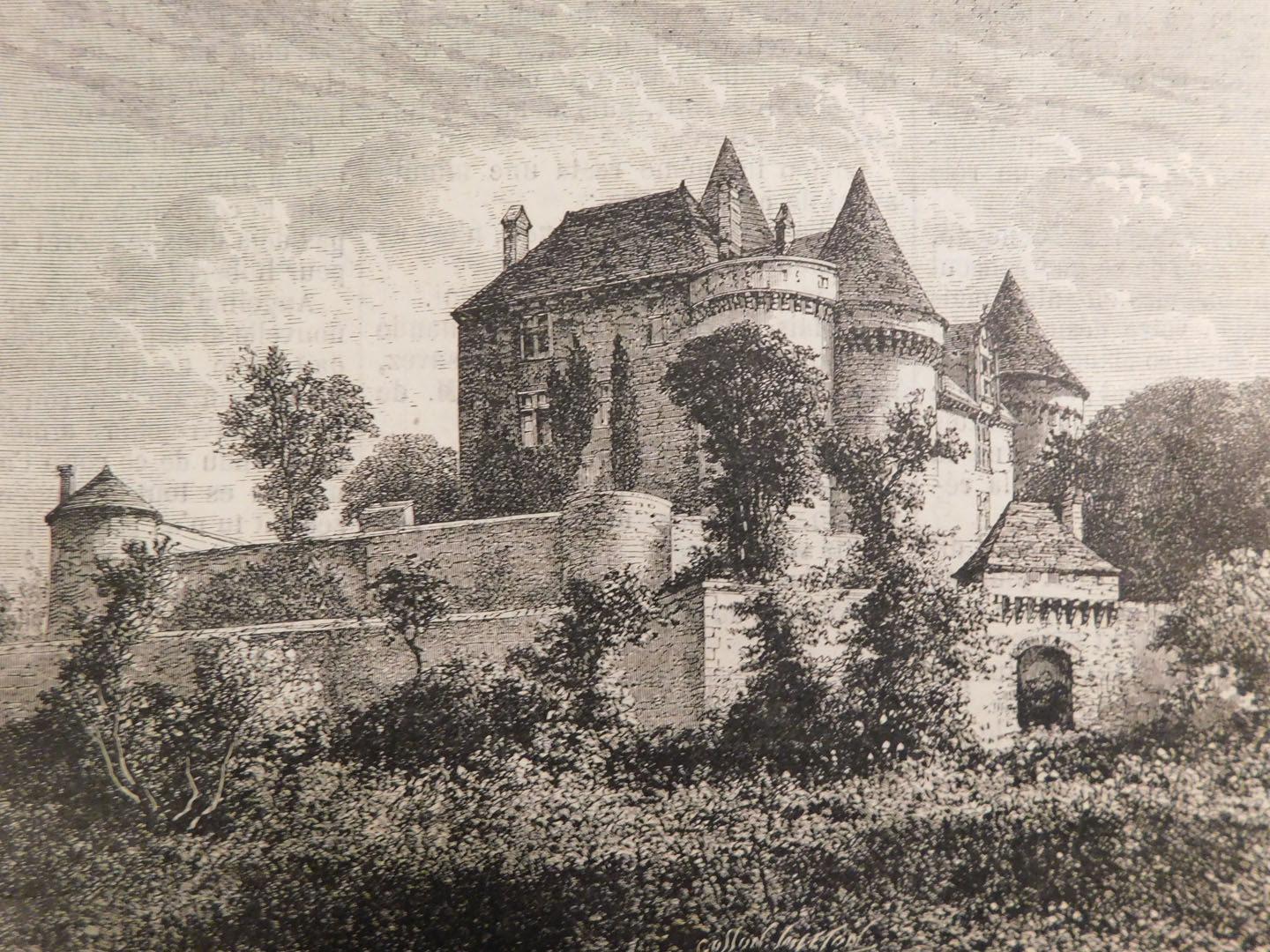 Coming from a line of politicians and great lawyers, Ernest de Maleville undertook the first major restoration work on the castle after its acquisition in 1859. Carried out with great respect for authenticity, they were considered exemplary at the time. and are in opposition to the neo-Gothic current.
1859the beginning of the first restorations 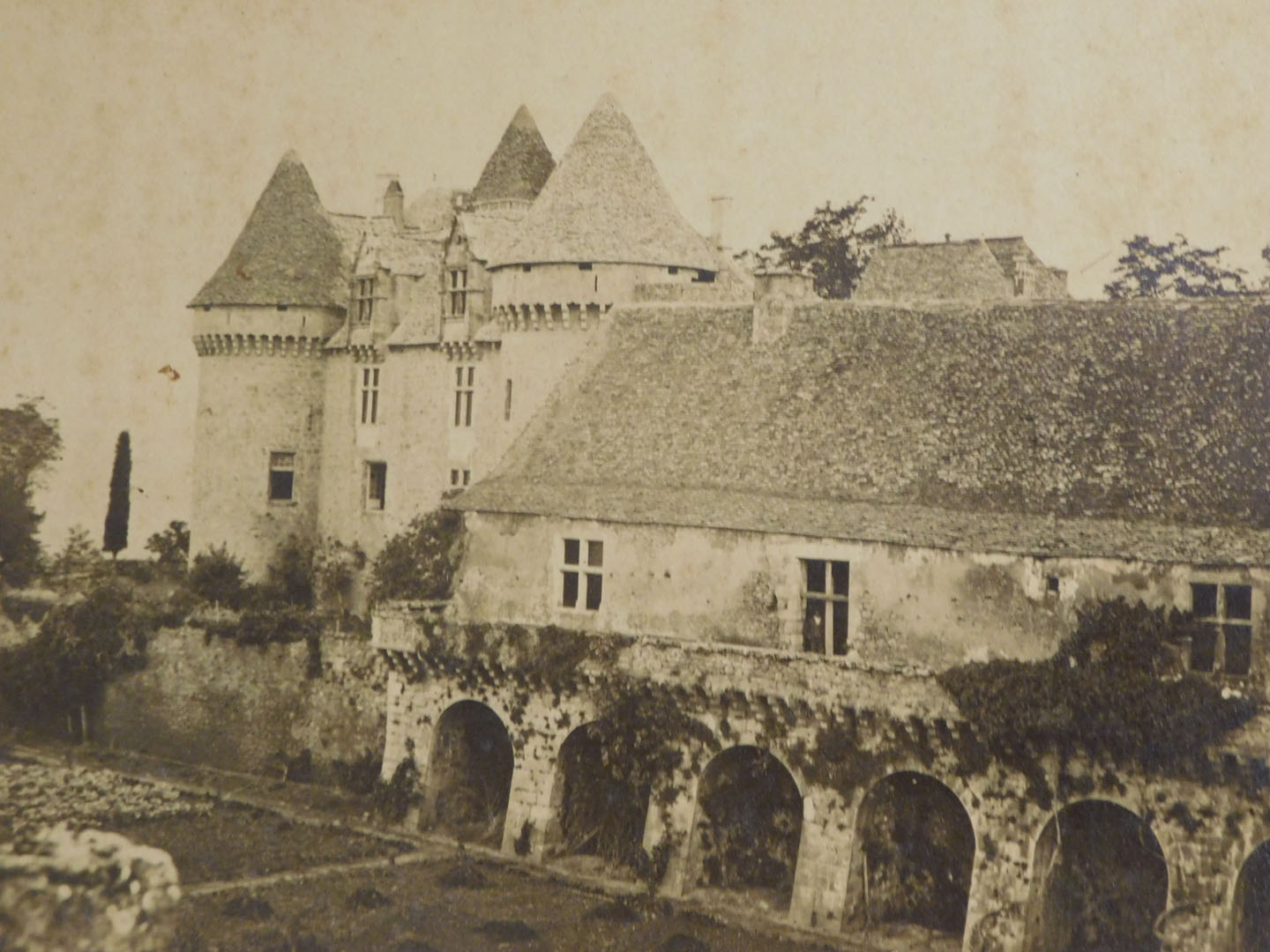 Renowned painter, Lucien de Maleville established his first studio in the attic of the monument. The damage due to phylloxera, which decimated the estate's vineyard, then the upheavals linked to the First World War forced him to sell the château with great regret.
1910-1927owned by Lucien de Maleville 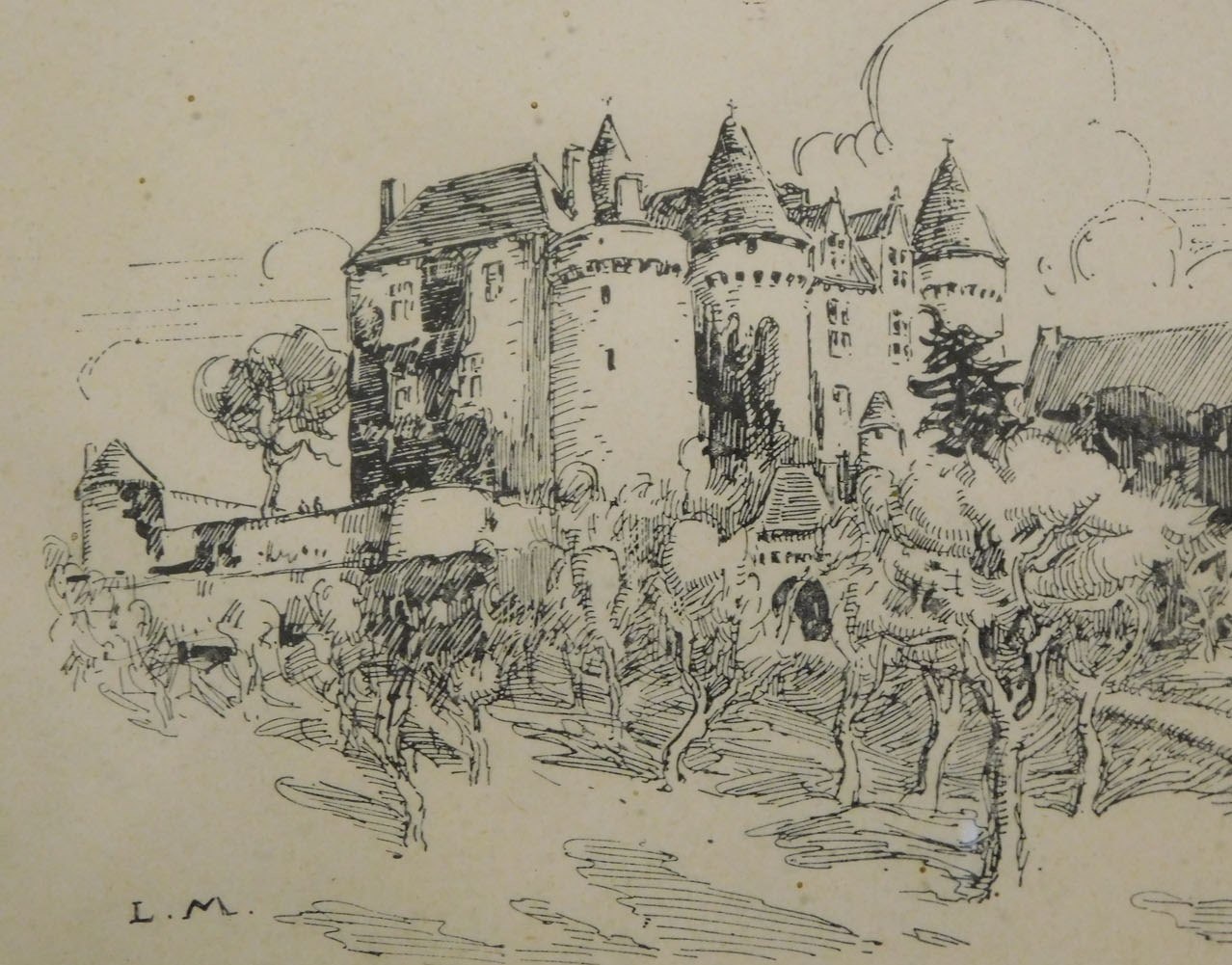 Before leaving the castle in 1927, Lucien de Maleville took care to have it listed in the additional inventory of Historic Monuments. A few decades later, the French State deeming the site of national interest, decided to classify it as a Historic Monument.
1963historical monument classification of the castle 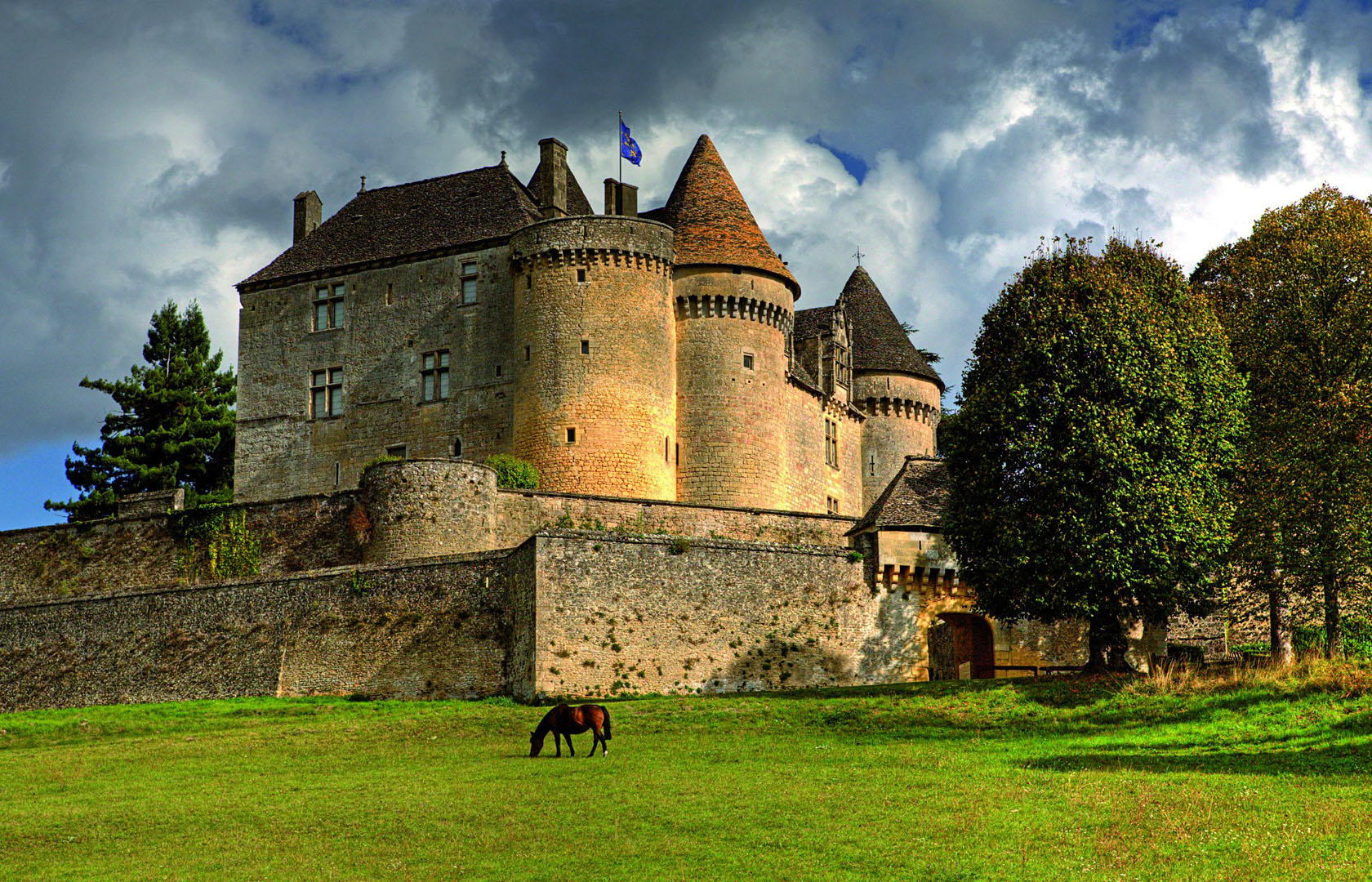 After a new period of abandonment, the castle became the property of the Delautre family, who undertook a vast plan to safeguard the monument and opened it to the public.
1989the adventure goes on 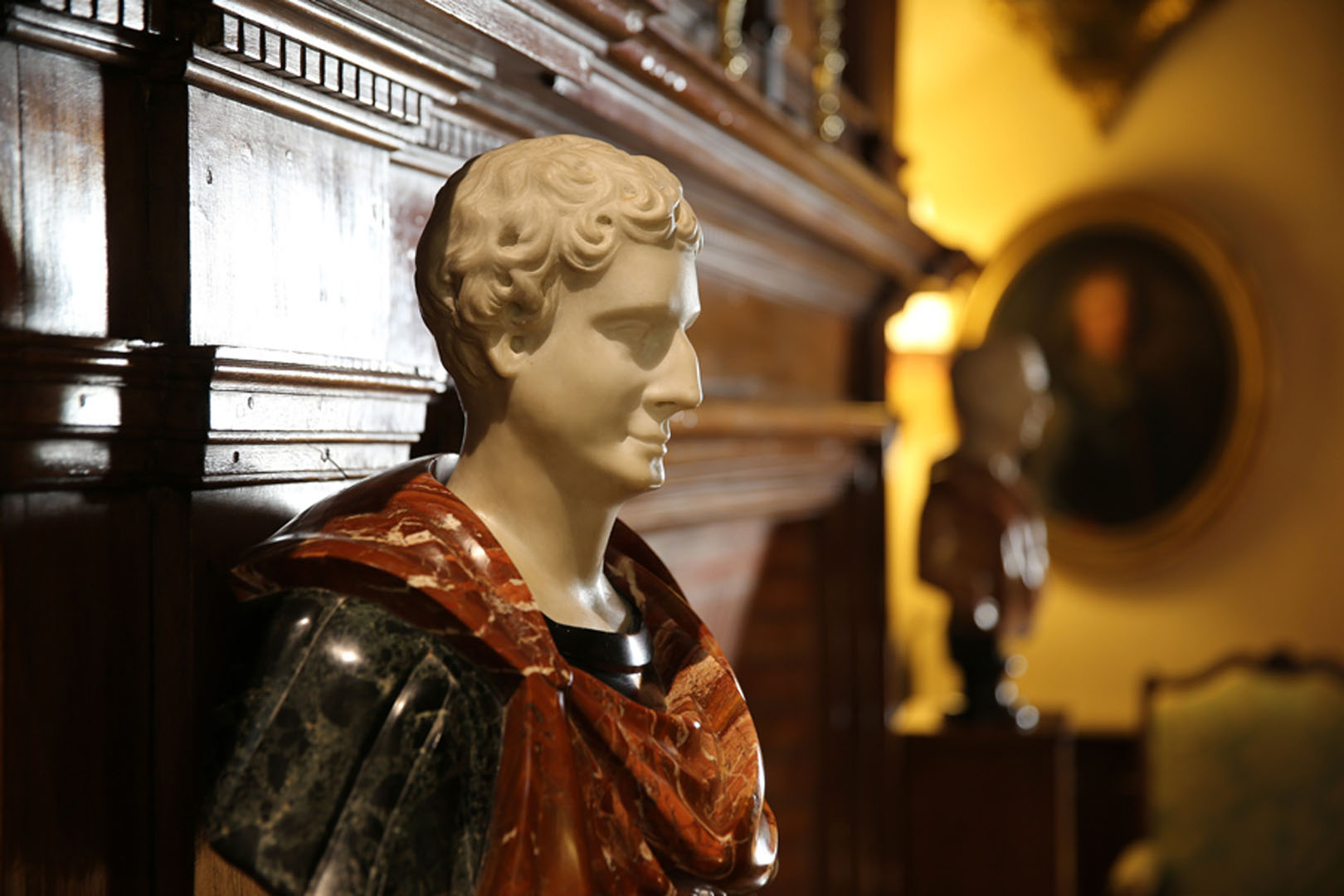 The origin of the site is lost in the troubled times resulting from the fall of the Roman Empire. The populations find in this rocky promontory an easily defensible place, but above all an ideal observatory on the Dordogne valley and its surroundings.

Much later, at the turn of the year 1000, the seigniory of Fénelon was founded here. A first castrum was then built on the rock, which was gradually succeeded by a veritable fortress which was razed in 1241 for having served as a refuge for the last Cathars in the region.
A new fortress surrounded by curtain walls was then erected from the end of the 13th century. It is commanded by a crenellated keep dominating a fortified inner courtyard (or “high courtyard”) in which are the impressive well 70 meters deep entirely dug into the rock – one of the deepest wells in France! – and the seigneurial chapel whose apse is fitted out in a defense tower.

At the beginning of the 15th century, Jean de Salignac “the Old”, from one of the most powerful families of Périgord, bought the fortress of Fénelon mistreated by the Franco-English conflict and undertook its restoration.

The castle was then equipped with very beautiful twin towers crowned with walkways on machicolations and later baptized “Tower of Jams” and “Tower of the Inquisition”.
The Hundred Years War ended in 1453. The fortress was then transformed into an elegant Gothic residence. The imposing spiral staircase tower was built – the latter is impressive for the scale of its interior development – and the seigneurial main building was fitted out, surmounted by two monumental carved skylights, masterpieces of the end of the Middle Ages. Age. The facades open with large mullioned windows and the battlements are walled up to support a chestnut frame. It was at this time that the castle was entirely covered with a magnificent slate roof, the largest in Périgord on a castral building.

All these works are favored by the high offices of their sponsors: Raymond de Salignac, chamberlain and seneschal of the kings of France Charles VI and Charles VII, and his youngest son Jean “the Younger”, adviser and butler of King Charles VIII.

The Refortification of the Castle

In 1562 the Wars of Religion broke out during which the castle regained a strategic position of the first order in the defense of the royal cause.

In 1577, Bertrand de Salignac de la Mothe-Fénelon became the lord of the place. His brilliant military and above all diplomatic career – he was notably Ambassador of France to England to Queen Elizabeth I – made him one of the great men of his time, showered with honors by the four kings of France he had. to serve.

By royal order, he considerably refortified the castle. The 15th century twin towers are each lined with a terrace tower, making Fénelon one of the rare monuments with adjoining towers. After major earthworks, a wall with spur defenses and gunboats was added. Behind it winds the access road locked by two châtelets surmounted by gatehouses and leading to monumental stables and the esplanade transformed into a boulevard with cannons. Finally, an imposing bastion reinforces the fortifications of the farmyard. Now, with its three fortified enclosures equipped with watchtowers, its fourteen towers (two of which have disappeared), the site looks like a real citadel.

In the 1630s, major works were carried out at the castle in order to bring it up to date.

The 13th century wall making up the entrance facade is pierced with four mullioned bays and reduced in height to serve as support for the vaults of the gallery raised in the interior courtyard. This supports a large terrace-promenade from which a magnificent panorama of the Dordogne valley is revealed. Lined with sculpted stone balustrades, it joins the old keep to the stately main building, the first floor of which has been completely redecorated and adorned with woodwork and walnut parquet floors. To access the inner courtyard, an imposing horseshoe staircase was built while taking care to retain the presence of a drawbridge (nowadays replaced by a fixed footbridge) to guard against a coup de force, because , since the end of the 16th century, the region has been regularly plagued by revolts by croquants.

The castle that the visitor discovers today has hardly changed since these last major works in the first half of the 17th century.

FortressAerial view of the Château de Fénelon in the Périgord Noir 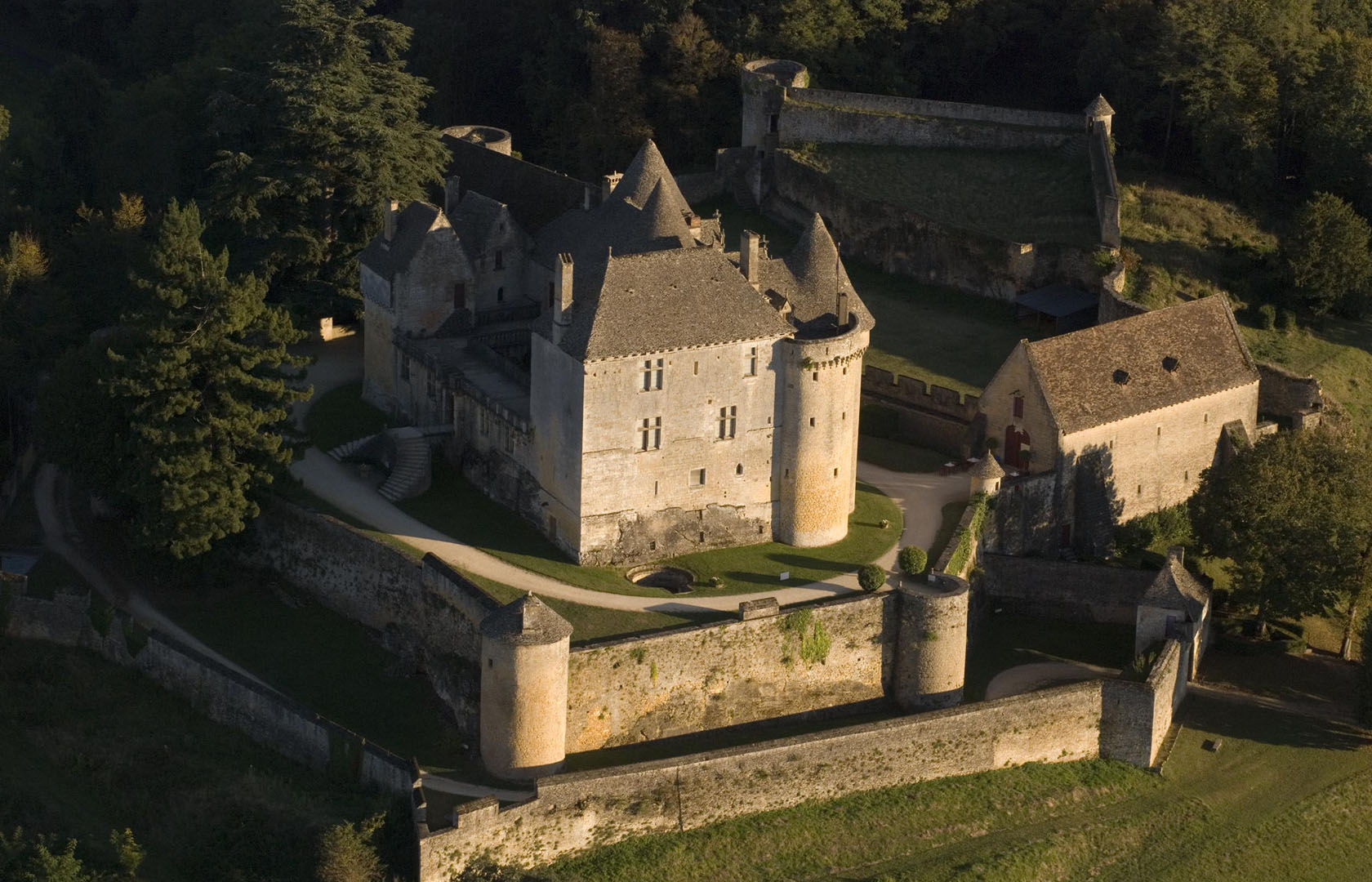 In 1989, the Delautre family committed themselves with passion to safeguarding the Château de Fénelon...

…again abandoned for several years, and in continuation of the restoration work started more than a hundred years ago by Ernest de Maleville.
Several backup operations are carried out:
-The progressive renovation of the interiors. It is accompanied by the uncovering of forgotten medieval installations and wall paintings dating from the 15th to the 17th century. Little by little, the visit route is enriched with new rooms allowing the presentation of the family collection of works of art.
The restoration of the exterior architecture, in particular the monumental slate roofs which are the pride of the place. Started in 2009, it is led by Thierry Chapoulie, master lauzier from father to son. The repair of the frames is entrusted to the know-how of Vincent Delteil and Pascal Lachaize.
– The preservation of the domain reconciling the authenticity of the site and respect for the environment with the refusal of any chemical treatment.
Countless actions remain to be carried out and are included in future restoration programs: clearing the murals of the seigniorial apartments and rediscovering the polychrome decorations of the ceilings, rebuilding the 15th century artillery tower which collapsed in 1966 following a supersonic explosion of a fighter plane, or restoring the magnificent stables of the 16th century are just a few examples among many others…

This titanic work meets the recognition of an ever wider public and was hailed in 2018 by the awarding of the Grand Prix des Vieilles Maisons Françaises.

Restoration of medieval frameworks
by the company LDCB of Vitrac 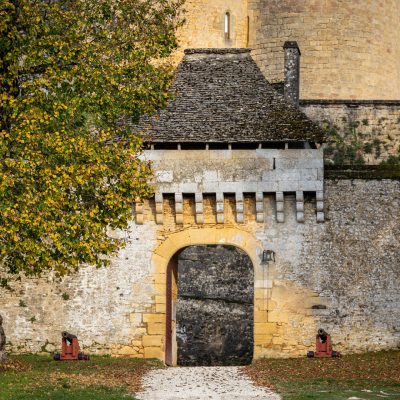 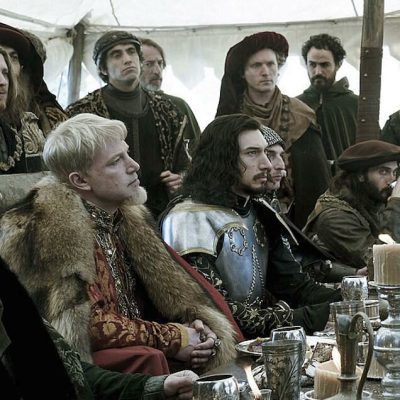 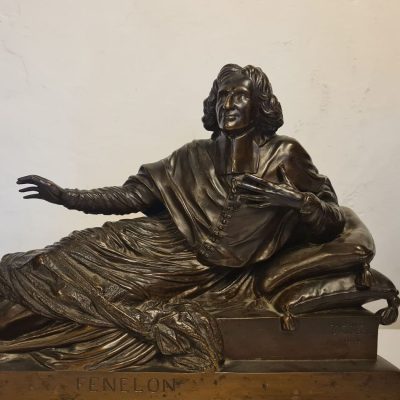 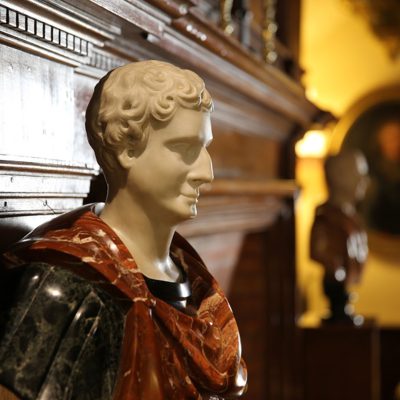